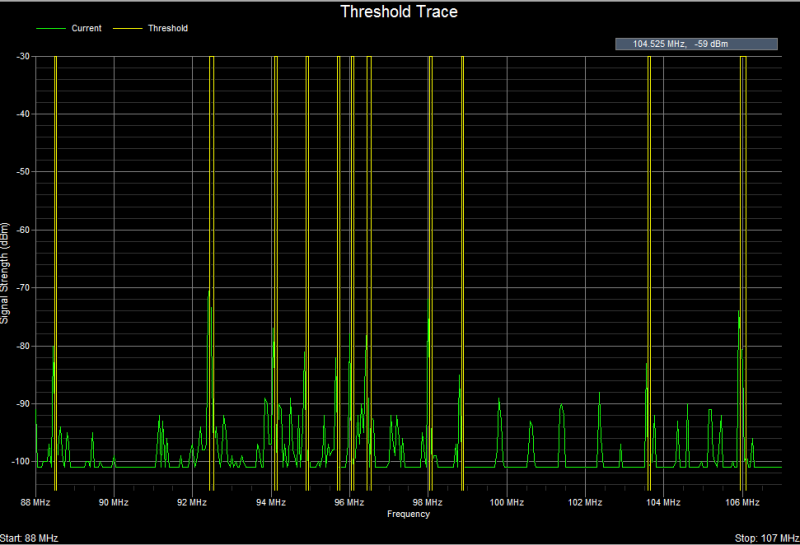 Threshold Trace
Similar to the Spectrum Trace view — used to monitor and display RF signal transmissions as a function of frequency. However, in addition, this chart highlights with a yellow box those frequencies whose signal strength exceeds a user-defined threshold. This feature is especially useful for visually emphasizing strong signals (and deemphasizing weak ones), where the user gets to define ‘strong’ and ‘weak’ according to where they set the threshold. 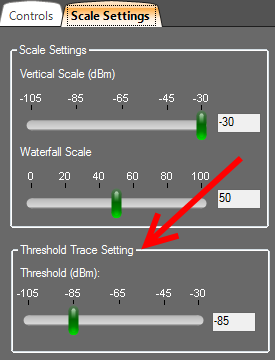 Under the Scale Settings tab on the Control Panel the Threshold Trace Setting slider control can be used to adjust the threshold value. Frequencies whose signal strength exceed the threshold will be highlighted with a yellow box. In the example above, we have set the threshold to -85 dBm.