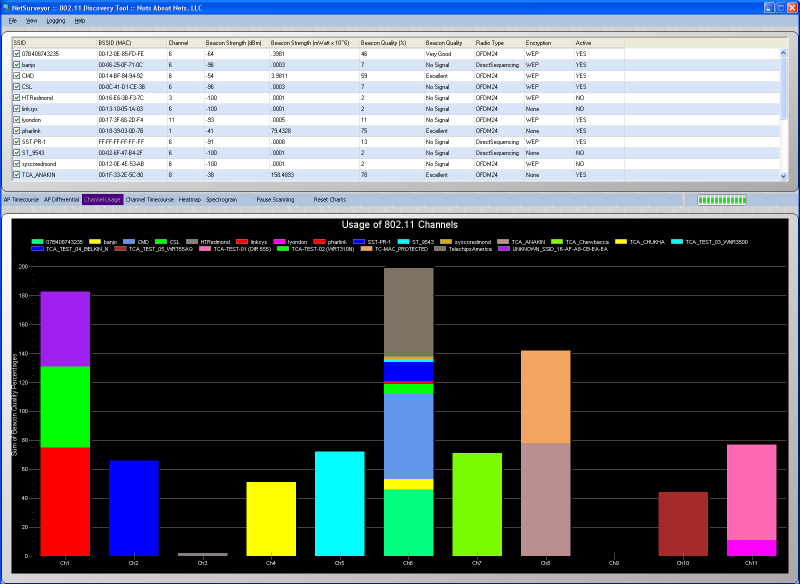 NetSurveyor is an 802.11 (WiFi) network discovery tool that gathers information about nearby wireless access points in real time and displays it in useful ways.  Similar in purpose to NetStumbler, it includes many more features. The data is displayed using a variety of different diagnostic views and charts.  Data can be recorded for extended periods and played-back at a later date/time.  Also, reports can be generated in Adobe PDF format. Applications for NetSurveyor include the following: 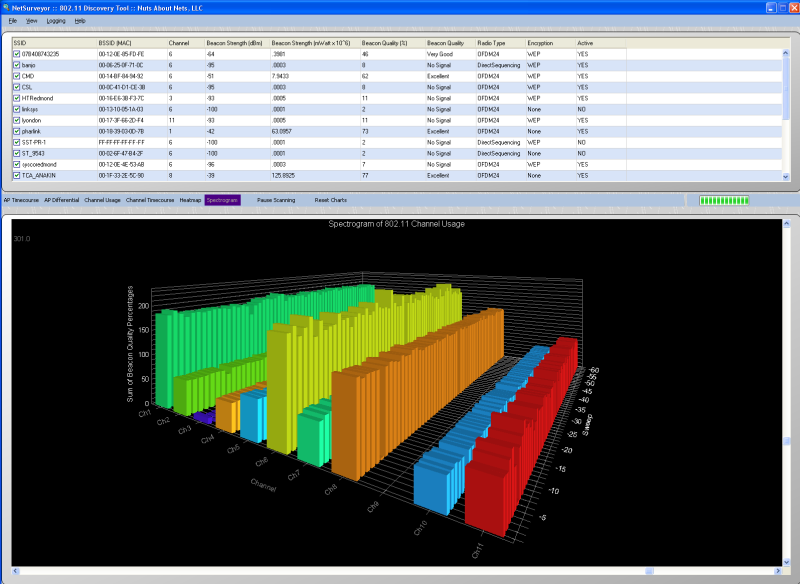 NetSurveyor is a diagnostic tool that falls under the category of WiFi Scanners or 802.11 Network Discovery Tools. The best known in this category is NetStumbler. A discovery tool reports the Service Set Identifier (SSID) for each wireless network it detects, along with the channel used by the access point (AP) servicing that network. The way this works is that roughly every 100 mSec an AP sends an “I’m here” beacon – and the discovery tool (running on your laptop and using its 802.11 wireless adapter, also known as a station or STA) picks-up that beacon and adds the SSID to its list of known wireless networks. In addition, the discovery tool reports the RSSI (Received Signal Strength Indication) for each AP, which is roughly an indication of how close the AP is to your current location (i.e. how close it is to the client STA). Just to be clear, the RSSI reflects the strength of the beacon as received by the STA – it is not an indication of performance.

NetSurveyor distinguishes itself from other tools in its category in the following ways: 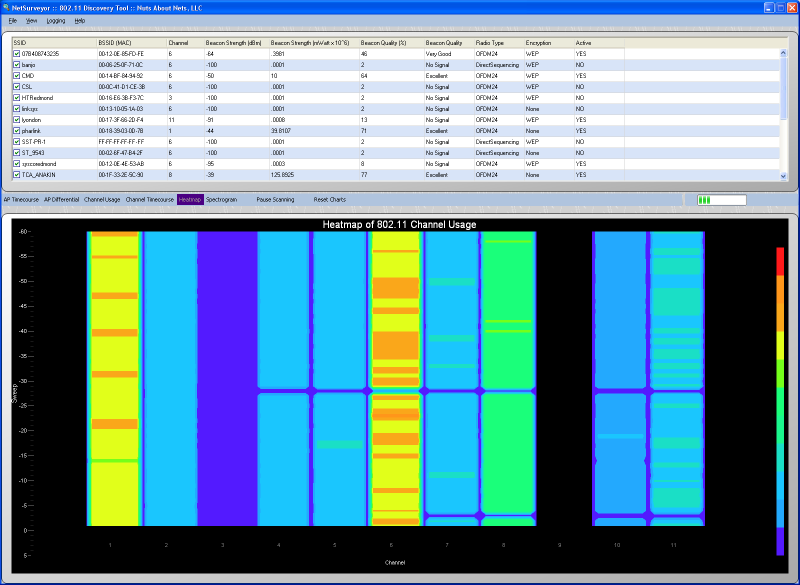 NetSurveyor is distributed as freeware and does not require a license.  You are free to download it and use it on as many machines as you like.