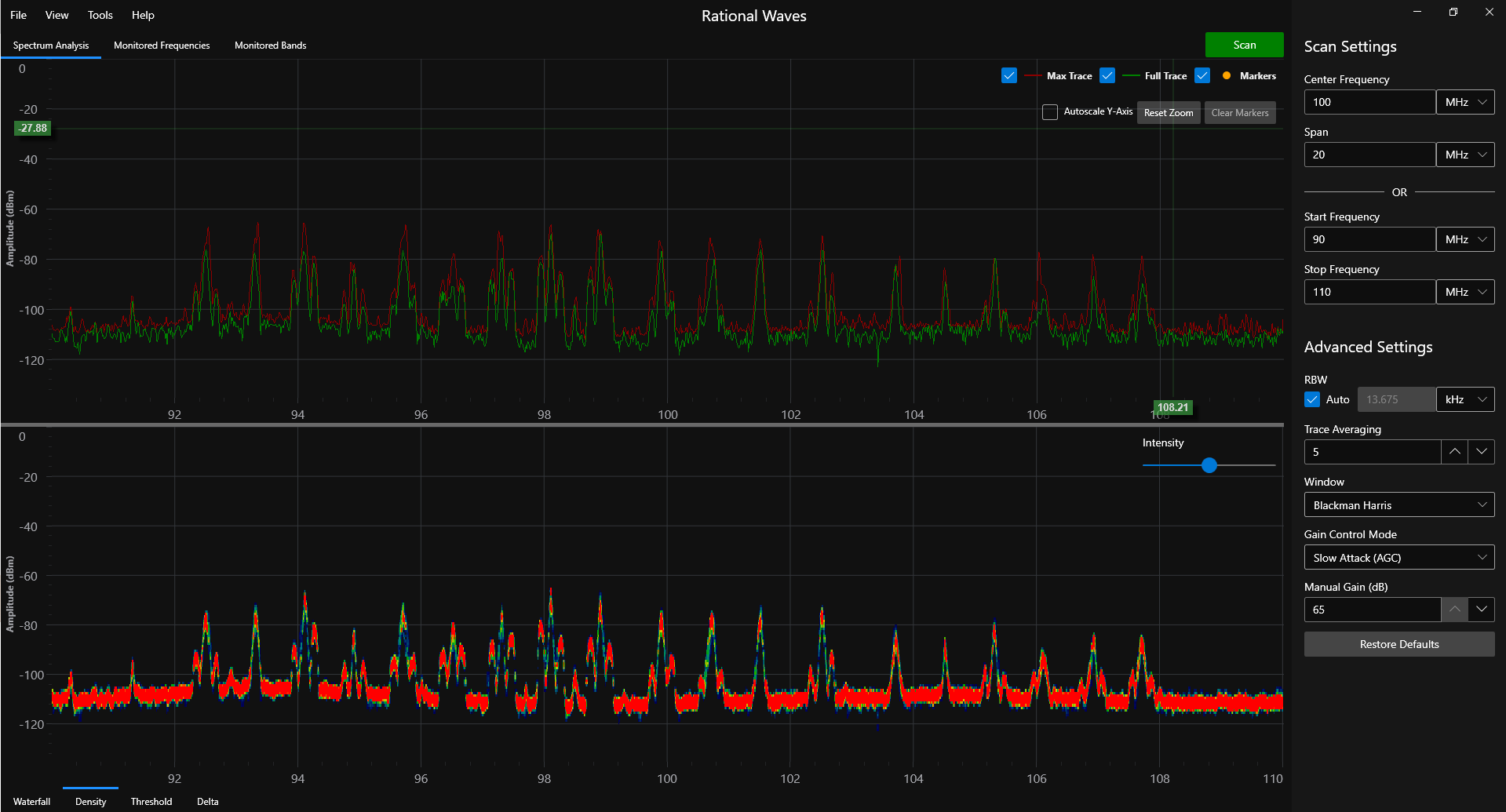 Over time, the Density Chart will approximate the steady-state RF energy signature of the current environment, giving the user a better, more general idea of the environment. This is because the Density Chart deemphasizes outliers such as intermittent or random signals while at the same time emphasizing signals that occur more frequently.